“The coming to power by Mu’awiya (661-80) has always been regarded as marking the end of one phase and the beginning of another. The first four caliphs, from Abu Bakr to ‘Ali, are known to the majority of Muslims as the Rashidun or ‘Rightly Guided’. Later caliphs were seen in a rather different light. From now on the position was virtually hereditary. Although some idea of choice, or at least formal recognition, by the leaders of the community remained, in fact from this time power was in the hands of a family, known from an ancestor, Umayya, as that of the Umayyads…

The change was more than one of rulers. The capital of the empire moved to Damascus, a city lying in a countryside abler to provide the surplus needed to maintain a court, government and army, and in a region from which the eastern Mediterranean coastlands and the land to the east of them could be controlled more easily than from Madina.”

“In the 690s there was erected the first great building which clearly asserted that Islam was distinct and would endure. This was the Dome of the Rock, built on the site of the Jewish Temple in Jerusalem, now turned into a Muslim Haram; it was to be an ambulatory for pilgrims around the rock where, according to Rabbinic tradition, God had called upon Abraham to sacrifice Isaac.”

“Throughout the Umayyad period Palestine played no significant political role. Its population was partly composed of Jews and Christians, whose families had always lived there and towards whom the caliphs adopted a tolerant and lenient attitude. It is true that special taxes were imposed upon both Jews and Christians, but they were moderately light at the beginning. The government recognized the religious communities as socio-political entities and the rabbis and priests were responsible to the authorities for the members of their communities.”

“Not least amongst the various causes which contributed to the downfall of the Umayyads was the fundamental split within Islam, which produced the two dominant sects known as the Sunna (Orthodox) and the Shi’a. The Shiites, who maintained that the Prophet’s cousin ‘Ali and his descendants were the only legitimate candidates for the caliphate, rose many times in rebellion against Umayyad rule. Although these revolts proved to be abortive in themselves, they did help to undermine the strength of the empire from within.”

“During the first decades of the eighth century, Umayyad rulers made a series of attempts to deal with movements of opposition…Then in the 740s their power suddenly collapsed in the face of yet another civil war and a coalition of movements with different aims but united by a common opposition to them… The Umayyads were defeated in a number of battles in 749-750, and the last caliph of the house, Marwan II, was pursued to Egypt and killed. In the meantime, the unnamed leader was proclaimed in Kufa [present day Iraq]; he was Abu’l-Abbas, a descendant not of ‘Ali but of ‘Abbas.” 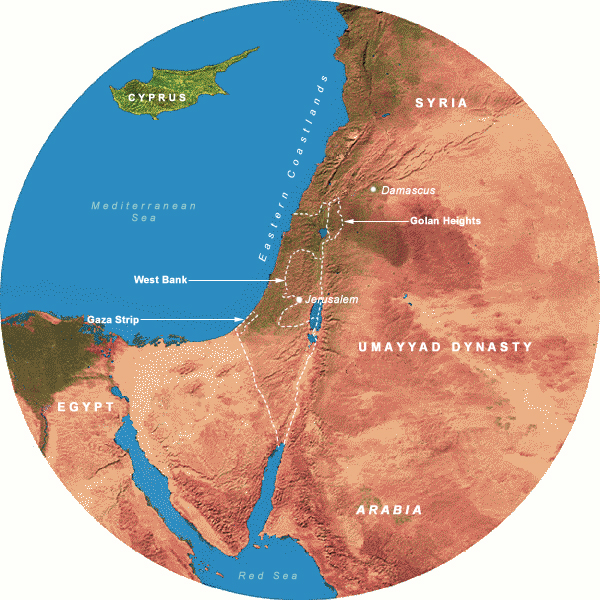 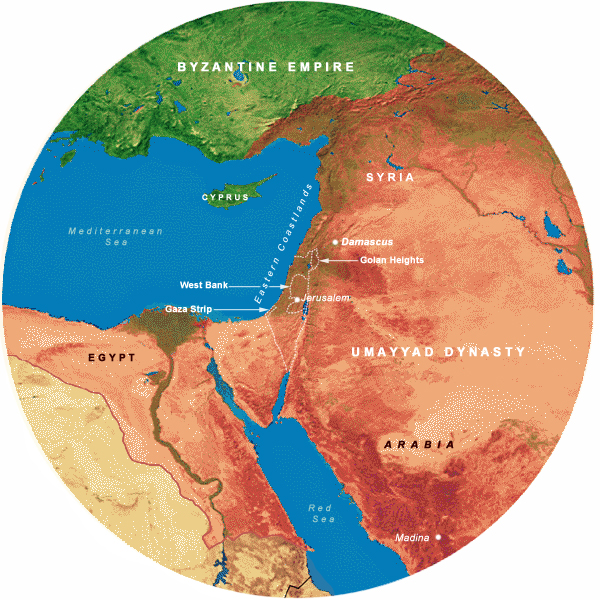