“After the Sea Peoples stormed the Levant around 1200 B.C., a catastrophe which is still not clear in many of its details, all traditions were extinguished for a long time. For Palestine we are thrown back almost exclusively on the historical books of the Old Testament, which provide only incomplete information on the newly immigrated Israelite tribes and their more cultured opponents in the land.”

Wolfram von Soden, The Ancient Orient: An Introduction to the Study of the Ancient Near East, p. 55, William B. Eardmans Publishing Co, 1994

“With the collapse of the sociopolitical system during the upheavals at the end of the Late Bronze period [c. 1200 B.C.], including the fall of the Egyptian empire with its control over Palestine and the trade routes, several nomadic clans changed their lifestyle and settled in the hills.”

“The Shasu settlement in the Palestinian highlands, or nascent Israel as we should undoubtedly call it, and whatever related group had begun to coalesce in the Judaean hills to the south, led a life of such rustic simplicity at the outset that it has scarcely left an imprint on the archaeological record… After the close of the thirteenth century B.C. they began to develop village life… Artifacts from cultural assemblages show a continuum throughout the thirteenth and twelfth centuries.”

“There…emerges a delineation of the boundaries and extent of Israelite settlement. Its principal strength was in the sparsely peopled hill regions. The parts that the Israelites could not subdue…encompassed most of the fertile valleys and still left a number of enclaves in Israelite territory… The territorial division of the country in this period had four principal centers of Israelite settlement, cut off from one another by areas inhabited by hostile populations. These were: Galilee, the central mountain region, the Judaean Hills and the Negev, and Transjordan.”

“The Philistine menace put Israelite survival into constant jeopardy at the time of the judges. The Philistines were one of the ‘Peoples of the Sea’ which had invaded the Fertile Crescent from the north, along the coast of Anatolia, and descended through Syria and Canaan all the way to Egypt…In addition to them, a people called the Tjeker or Tjekel, but belonging to the same ‘Peoples of the Sea’, settled along the coast of Dor in the northern Sharon.”

“Along the southern coast, from Gaza to Mount Carmel, enclaves of the Philistines and Teukrians (now partly Semitized) maintained a firm hold of the broad coastal plains and, as the Egyptians had done before them, exercised a tentative but preemptive influence over the inland mountains. In response to the Philistine presence, Israel and Judah in the uplands were moving toward the creation of a state.” 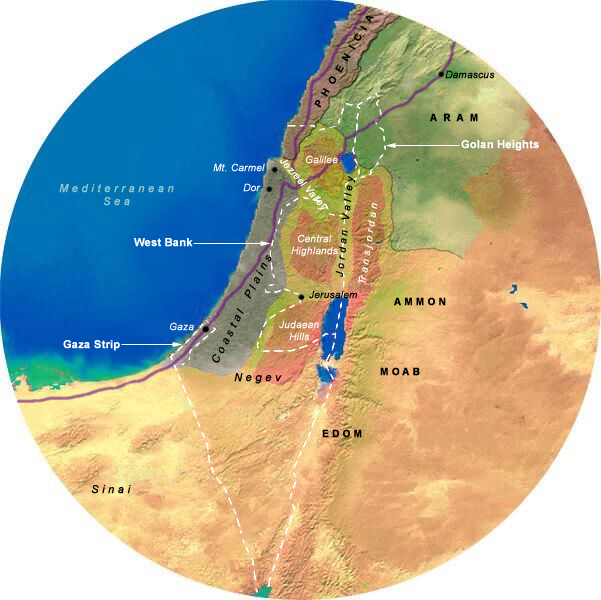 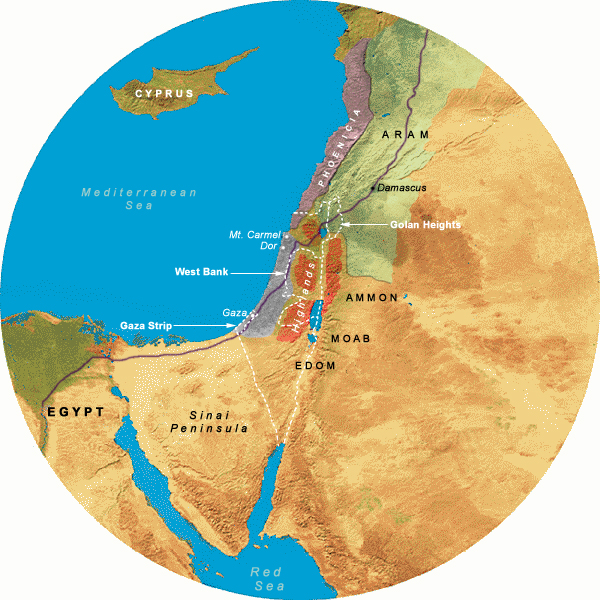 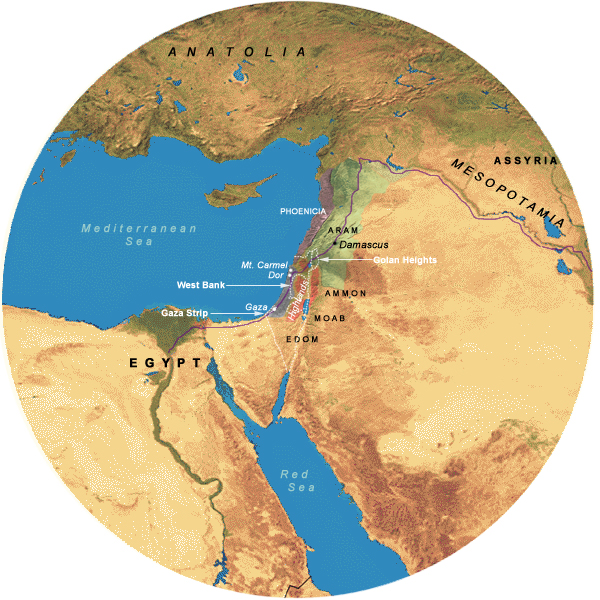