“When Cyrus had taken Babylon he declared himself its new king. He proclaimed himself the protector of the peoples of the kingdom and announced freedom for the prisoners. After this he gave an order that the gods that had been taken to Babylon as prisoner or those Babylonian gods that Nabuna’id had taken there should be returned to their home cities. Their temples should be restored. Together with the gods, their people were also allowed to return to their countries.”

“The administrative organization of the empire into satrapies (provinces) started under Cyrus…What is of interest here is the fifth satrapy, Babylonia-Abr Nahara. Palestine was part of this satrapy, which included Mesopotamia and the Babylonian holdings west of the Euphrates. Cyprus was also included in this satrapy…The Persian king often appointed as satraps a member of the country’s royal family or some high official well acquainted with the administration and laws of the former nation. The king could also appoint a special commissioner or ‘sub-governor’ for a certain district, something that happened for Judah. Zerubbabel is an example, and so are Ezra and Nehemiah.”

“The leader of the restored Jews was Zerubbabel, a descendant of King Jehoiachin. Zerubbabel brought back the Temple treasures looted by Nebuchadnezzar and became for a time the recognized governor of the restored community. After many difficulties the rebuilding of the Temple was completed about 515 B.C. under [Persian King] Darius.”

“Increased Arab presence, especially in the southern parts of the country, can be discerned in Palestine in the later Persian period. It should be remembered that Arabs in Palestine were nothing new… Nevertheless, the great influx of Arabs into Transjordan and southern Palestine belongs rather to the so-called Hellenistic period. When the Persian empire collapsed, the Nabateans of Transjordan and other Arab tribes had the opportunity to expand, and the Nabateans did so, replacing the Edomites.”

“The remaining years of the Persian Empire were marked by a series of court intrigues and the murders of two puppet kings followed by that of the murderer, leaving Darius III on the throne in 336, the same year that his eventual conqueror, Alexander, came to the throne of Macedonia.” 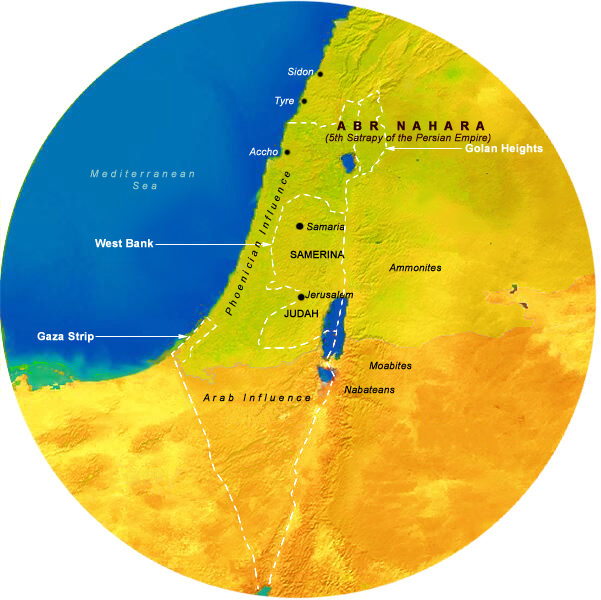 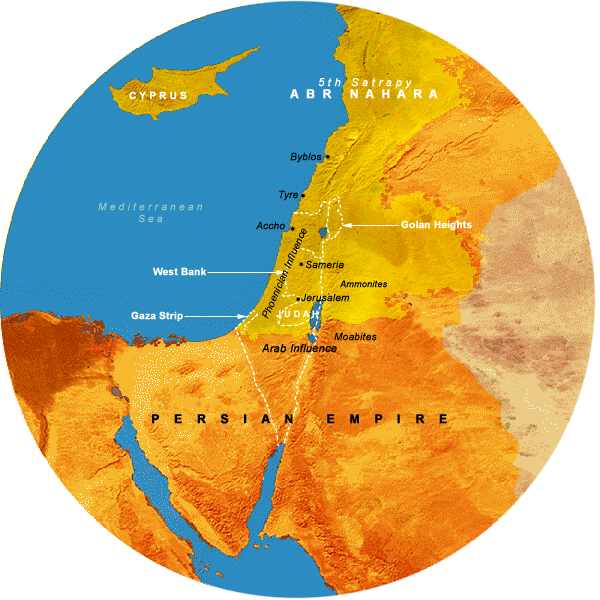