“In 1517 the Ottomans won their final victory over the Mamluks, and for four hundred years Syria and Egypt formed part of the Ottoman Empire. Soon the Barbary States [Morocco, Algiers, Tunis, and Tripoli] as far as the frontiers of Morocco accepted Ottoman suzerainty [overlord-ship], and with the Ottoman conquest of Iraq from Iran in 1534, almost the whole Arabic-speaking world was under Ottoman rule.”

“In the early seventeenth century the country was divided into the three Ottoman Pashaliks of Damascus, Aleppo, and Tripoli, to which a fourth, Sayda [Sidon], was added in 1660. Each was under a Pasha who bought his post and enjoyed a large measure of local freedom of action, varying according to circumstances and personality… Most of the land was divided among fief-holders, mainly, but not exclusively, Turks. The fiefs were semi-hereditary and carried the obligation of paying annual dues and rendering military service with retainers.”

“In the last third of the 16th century serious cracks began to appear in the structure of the Ottoman empire. The empire embarked on a retrogressive movement which was to continue for more than two centuries. The decline gained momentum towards the end of the 17th century, and deepended in the 18th and 19th centuries. The feudal system, with the sipahis — the feudal landlords — as its prop was gradually deriorating. As the wars of expansion came to an end and spoils diminished, the landlards turned with increasing interest to the land, and tried to recoup the loss of spoils by merciless exploitation of the peasants. This naturally led to a sharp drop in agricultural production and ushered in the whole crisis of the empire.”

“The Ottoman Empire entered WWI in November 1914 on the side of Germany and Austria, and against England, France and Russia.”

“On 28 June 1917, General Allenby was appointed commander of the British Army in the Middle East, and he mounted an attack aimed at breaking the Turkish lines in Palestine and Syria and arriving at the rear of the Turks in Anatolia. On 31 October 1917, he captured Beersheba and moved northwards, whilst the Germans and Turks were attempting to create a line of defence around Jerusalem. Allenby quickly pressed forward towards the north in two columns passing through the Judaean desert. He engaged the joint Turkish-German army in a fierce battle which took place to the west of Jerusalem on 8 and 9 December 1917 and, having defeated them, he approached Jerusalem, dismounted from his horse and entered the Holy City on foot, to be welcomed by its inhabitants. In September 1918 the other parts of Palestine were occupied.

A new era then began in Palestine. Taken out of Ottoman hands, it entered into the British Mandate period, which continued for the next thirty years.” 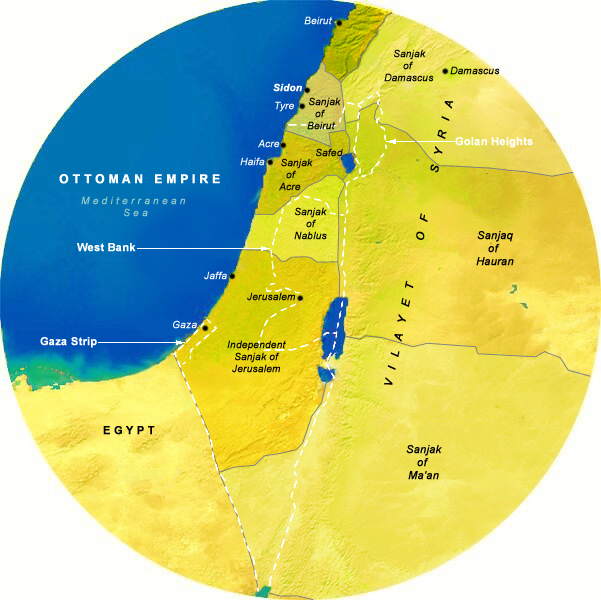 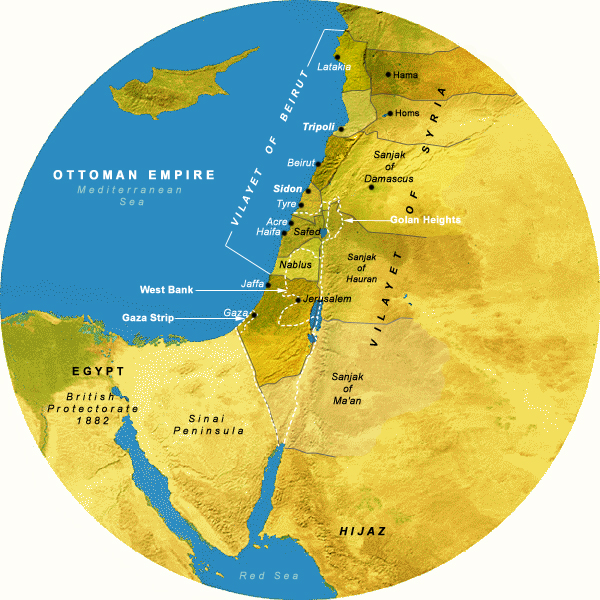 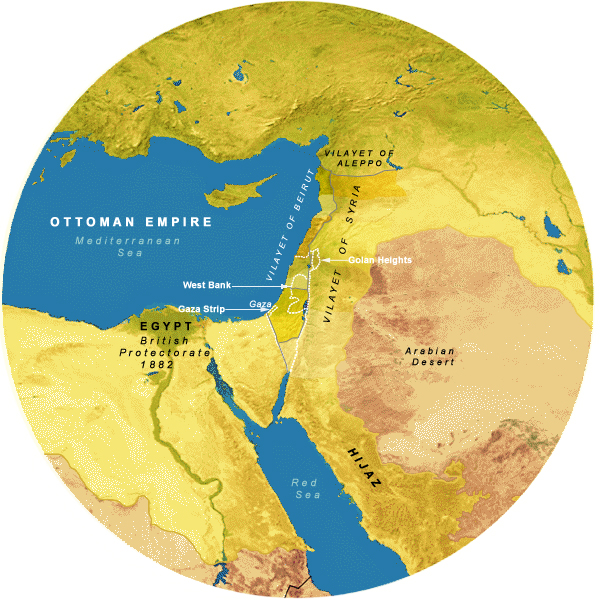