“The Hebrew-Philistine rivalry for the possession of the land provided the occasion for the creation of the Hebrew monarchy… Saul’s anointment (c. 1020 B.C.) as the first king was tantamount to a challenge to Philistine suzerainty.”

“With most of Transjordan and the central hills of Cisjordan [land west of the Jordan river] north of the Jebusite city state of Jerusalem under his control, Saul had created a territorial state that the greater Palestinian region had never seen before. Saul can therefore be regarded as the first state-builder in Palestine.”

“The real founder of the monarchy was David (c. 1004 – 960 B.C.)… David inaugurated a series of campaigns which lifted the Philistine yoke from Hebrew necks, brought Edom, Moab and Ammon under his rule and what is more amazing, netted him Aramaean Hollow Syria [Aram]… His conquest of Edom brought under his control the great trade route between Syria and Arabia.”

“Palestine was not a country that encouraged the creation of larger political unites… David’s kingdom represents an exception, a parenthesis in the history of the ancient Near East. The achievements of David were possible because there was a power vacuum at this time. The Hittite kingdom went out of existence around 1200 B.C. Egypt’s rule over Palestine ended sometime in the mid-twelfth century B.C. and was itself split into two kingdoms… Their ‘successors’ in Palestine, the Philistines, had filled the power gap for a short time, until David put an end to their political and economic hegemony… David’s kingdom, was, however, short-lived. It dissolved naturally when Solomon died.” 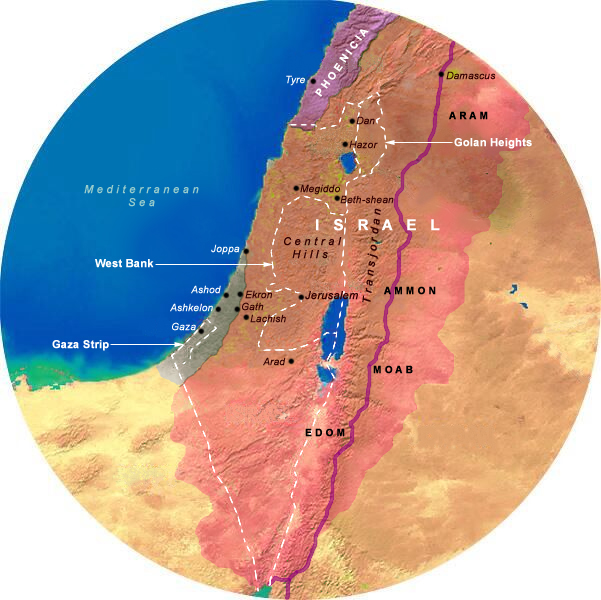 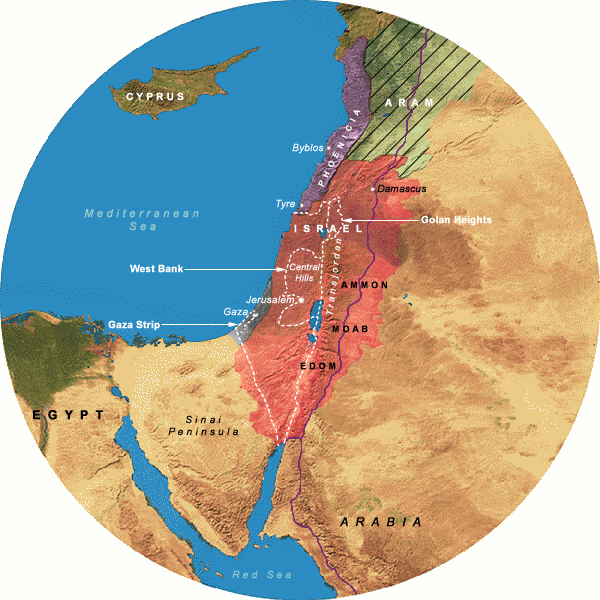 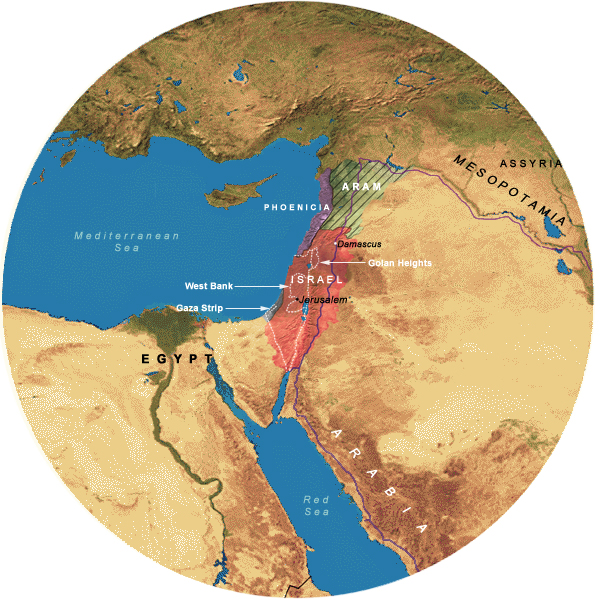