“In Judas of the priestly Hasmonaean family, the Jews found a hero-rebel who, with his brothers, succeeded in capturing Jerusalem and cleansing the temple. Judas was surnamed Maccabeus, which probably means ‘the hammerer,’ in allusion to the telling blows he inflicted on the Syrian army. In 164 the Jewish community attained religious freedom and in 140 political independence. Under the Maccabean dynasty of priest-kings, the realm expanded and lasted until the advent of the Romans about eighty years later.”

“Alexander Jannaeus (Jonathan)…in the course of his long reign (130-76 B.C.), he realized the almost complete unification of the Holy Land for the first time since King David, an achievement for which he had to battle practically without interruption. In a series of expeditions directed north-west, north-east, south-west and south-east, the Jewish State was extended to encompass the Carmel and its coast, the Jordan Valley up to the sources at Dan and Paneas, and nearly the whole of the Transjordan mountains, excepting Rabbath-Ammon.

In order to extinguish Nabataean economic competition, Jannaeus occupied the eastern banks of the Dead Sea, making it a domestic — and very valuable — lake of Judaea; he took Gaza and the lands as far as the River of Egypt (Wadi el-Arish).”

“The intrusion of Arabian tribes into Syria and Palestine reduced the Seleucid empire to a local state in north Syria…From their multicolored rock-hewn capital-fortress Petra, these Arabians extended their sway as far north as Damascus.”

“After the death of Jannaeus in 76 his widow Alexandra reigned until 67 when her two sons fought each other until the Romans under Pompey intervened.” 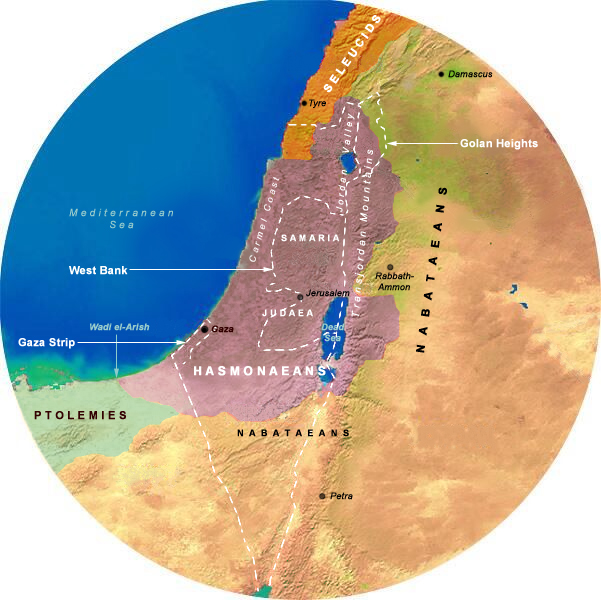 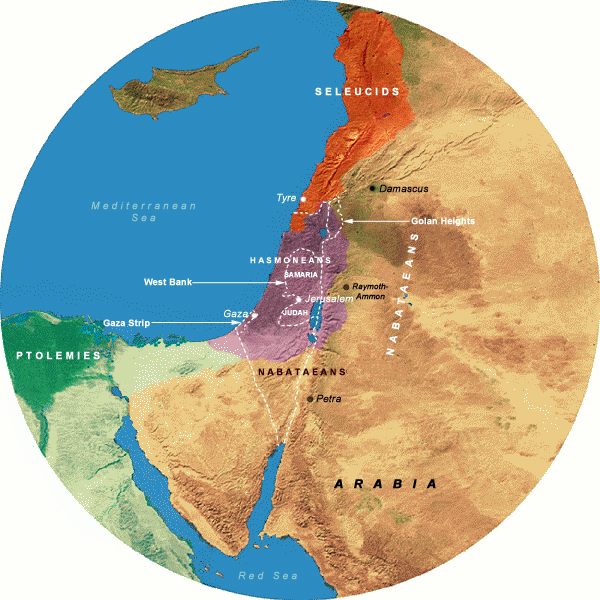 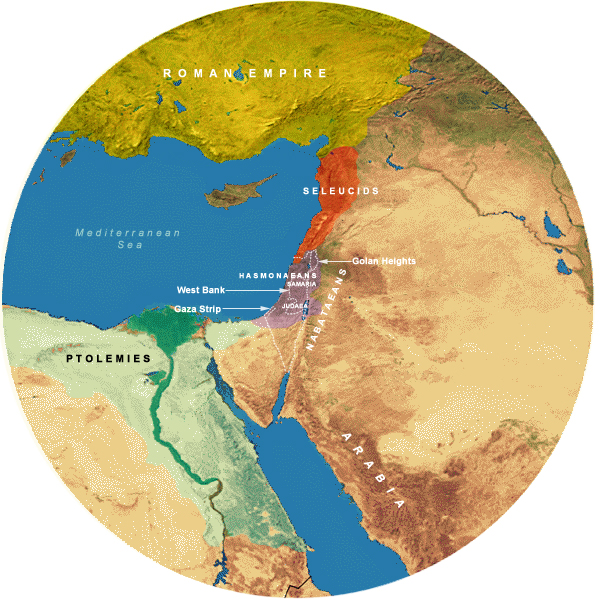