“In the spring of 334 B.C. a twenty-one-year-old Macedonian, at the head of some 30,000 foot and 5000 horse…routed the Persian satrap near the mouth of the Granicus River…setting off a chain reaction destined to change the course of Near Eastern history. Western Asia and Egypt were ushered into the European sphere of political and cultural influence — Macedonian, Greek, Roman, and Byzantine — and there remained until the rise of Islam a thousand years later.”

“The decisive battle was at Issus (333 B.C.) [see 700 mile radius], whereafter the victorious Greeks occupied Damascus, the Persian headquarters west of the Euphrates. Alexander was, it is true, held up for several months by the obstinate resistance of Tyre, but the pause only gave local rulers an opportunity to pay homage to the conqueror. Among them were the Jewish High Priest, Juddua, and Sanballat, leader of the Samaritans. Alexander does not seem himself to have visited the inland cities, legends to the contrary notwithstanding.

After the capitulation of Tyre, and after it had overcome the briefer resistance of Gaza, the Macedonian army advanced directly on Egypt. It returned the following spring on its way to Mesopotamia, where the Persians were finally vanquished. Within two, years, power had changed hands completely.”

“After Alexander’s death, his generals divided — and subsequently fought over — his empire. In 301 B.C., Ptolemy I took direct control of the Jewish homeland but made no serious efforts to intervene in its religious affairs. Ptolemy’s successors were in turn supplanted by the Seleucids [c.200 B.C.], and in 175 B.C. Antiochus IV seized power. He launched a campaign to crush Judaism, and in 167 B.C. he sacked the [Jewish] Temple. The violation of the Second Temple, which had been built about 520-515 B.C., provoked a successful Jewish rebellion under the generalship of Judas (Judah) Maccabaeus.” 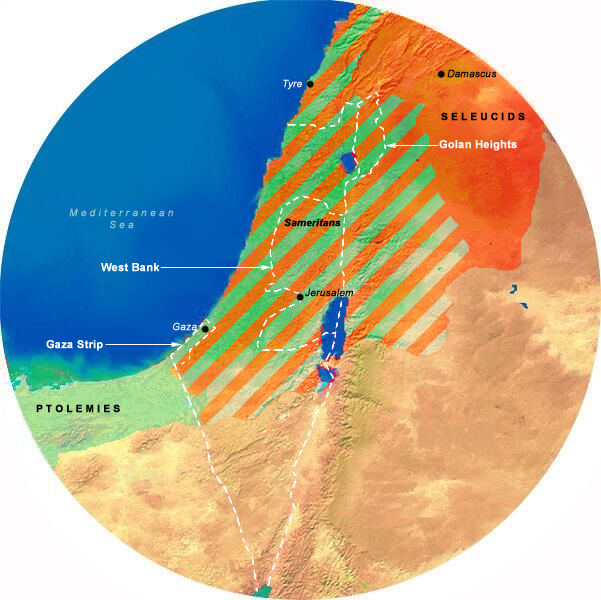 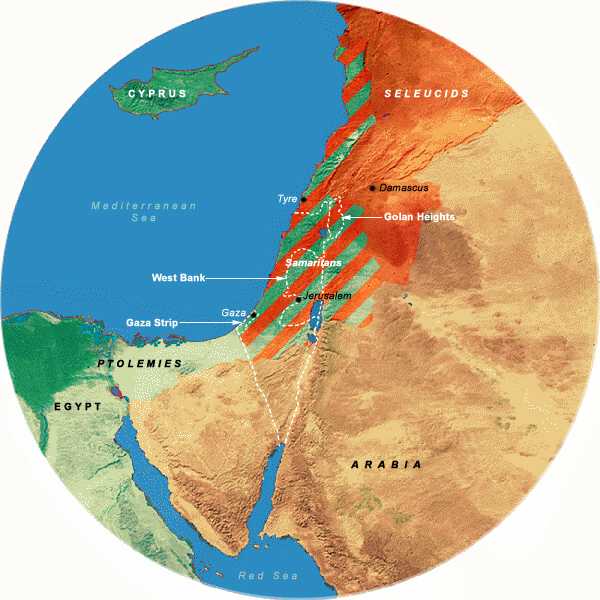 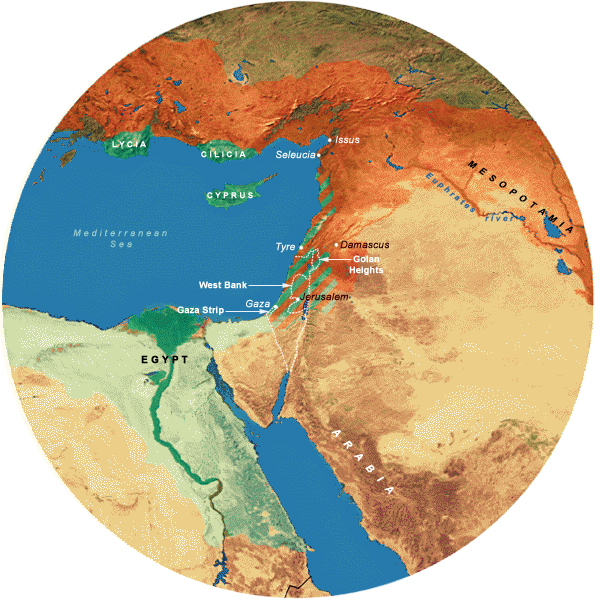