“Emperor Constantine (ca. 280-337) shifted his capital from Rome to Constantinople in 330 and made Christianity the official religion. With Constantine’s conversion to Christianity, a new era of prosperity came to Palestine, which attracted a flood of pilgrims from all over the empire.”

“Constantine’s policy was the same as Hadrian’s towards the Jews. They were not allowed to live in Jerusalem, but they made pilgrimage to the western wall of the Temple, and once a year on ‘The ninth of Ab’ they were allowed into the Temple site to lament its destruction.”

“Politically, the country was affected by the trend, which began with Diocletian, towards splitting up the provinces. In his time, the whole southern part of the old Provincia Palaestina was joined to southern Transjordan to form a separate province. In the beginning of the fifth century, the remaining province was split up that there were thenceforth Palaestina Prima, Secunda and Tertia.

The fist included Judaea and Samaria, with a part of Transjordan, the second Galilee and the Golan and Bashan regions, while the whole of the Negev, Sinai and Nabataea now became Palestinia Tertia. This civil division, to which, as elsewhere in the Roman Empire, the ecclesiastical organization was made to correspond, lasted till the end of Byzantine rule and even beyond.”

“The adoption of Christianity as the dominant religion of the empire changed the status of Palestine radically. No longer just a tiny province, it became the Holy Land, on which emperors and believers lavished untold wealth; the former claimants to it, the Jews, were powerless to establish their right and were quickly relegated to second-class citizenship.

The principal aim of Byzantium was to make Jerusalem Christian. Pilgrimages were encouraged by the provision of hospices and infirmaries, churches rose on every spot connected in one way or another with Christian traditions. The building activity that ensued was one of the causes of the country’s uprising prosperity at that time, which is evident from archaeological surveys. There were three to five times as many inhabited places in the fifth-sixth centuries A.D. as in any of the preceding periods.”

“In 610, Heraclius was crowned emperor… Many world-shaking events took place during his reign: the Persian victories, which also led to their temporary conquest of Palestine, changes within the empire, and the Muslim conquests, which deprived Byzantium of much of its Mediterranean lands.” 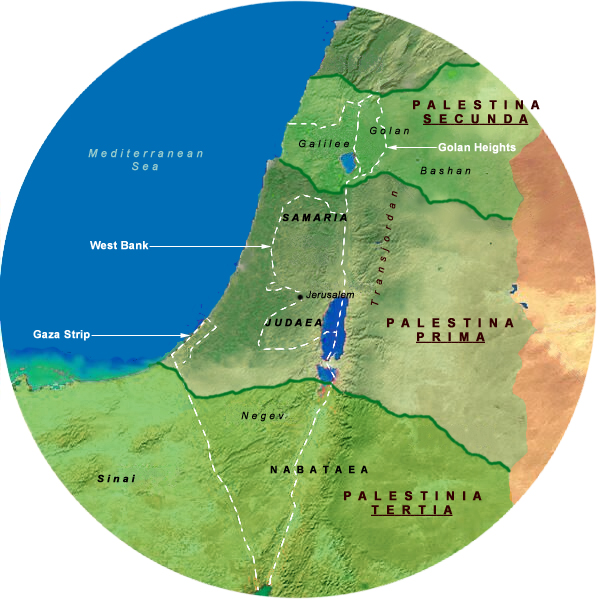 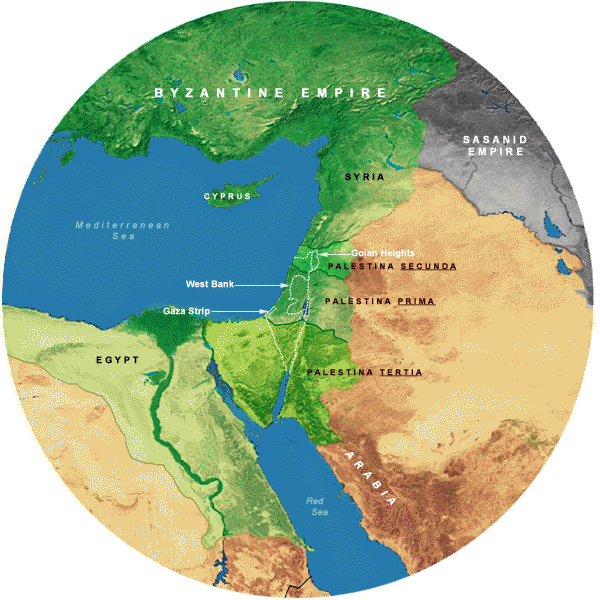