Background: “The year 745 B.C. marks one of those major turning points in history the significance of which is often lost on layman and scholar alike…For it was in 745 that a civil war in Assyria unseated the royal family and catapulted a general named ‘Pul’ known to history as Tiglath-pileser III, to the throne of the empire. This usurper proved to be an organizational genius and a master strategist, worthy of comparison with Hannibal or Scipio. By relentless campaigning and indiscriminate use of mass deportation, he encompassed the destruction of Damascus and Israel and by 732 B.C.”

“Tiglath-pileser III aimed at nothing less than the liquidation of all states in the Levant to the border of Egypt… He descended upon Phoenicia in the spring of 734 B.C., capturing Sumur, Arka, and Byblos, and forcing Tyre to pay tribute and suffer partial deportation. Accho was assaulted and reduced to ashes, the territory of Naphtali annexed, and the Assyrians were able to march clean through Philistia.”

“The political situation was stable for almost a decade after 732 B.C., and Tiglath-pileser never had to return to this area. However, when he died in 727 and was followed by Shalmaneser V, some vassals rebelled as usual, and it is possible that Hosea of Israel did the same…This brought about the subjugation of the country. Most of the cities were ‘probably overrun and destroyed quickly’ during the early part of Shalmaneser’s campaign (724 B.C.), and the king, Hosea, was taken prisoner. After a three year siege the capital of Samaria was finally taken (722 B.C.)… The nation Israel ceased to exist. Its territory was incorporated within Assyria as a province under the name of Samerina.”

“The [brief] Assyrian conquest of Egypt [mid-7th century B.C.] was made possible largely through the support of the Arabs. The trade routes from Arabia and Transjordan through the Negev to the Philistine coast and to Egypt were under the control of Arab rulers..

The conquest of Egypt can be labeled the beginning of the end of the Assyrian Empire. With this victory Assyria had reached its limits. It had over extended itself…The end of the seventh century B.C. saw the rapid fading away of the Assyrian power structure and the attempts of the Egyptians to fill the vacuum.” 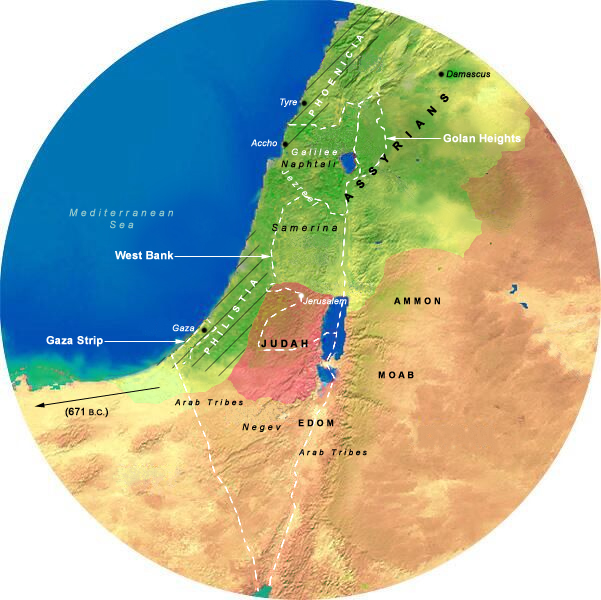 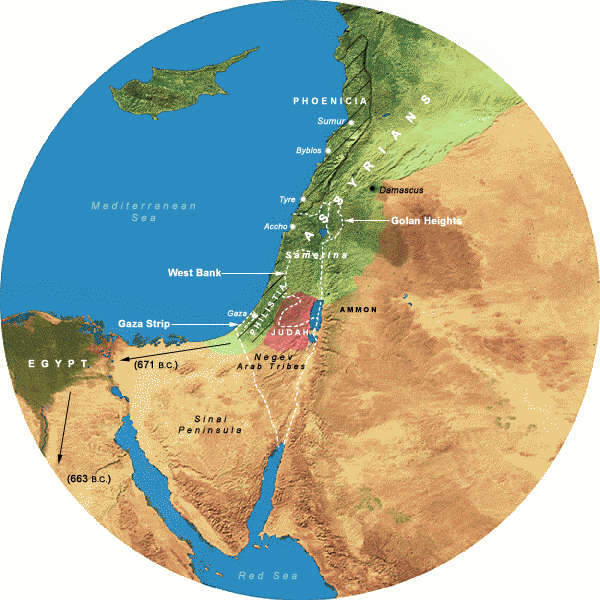 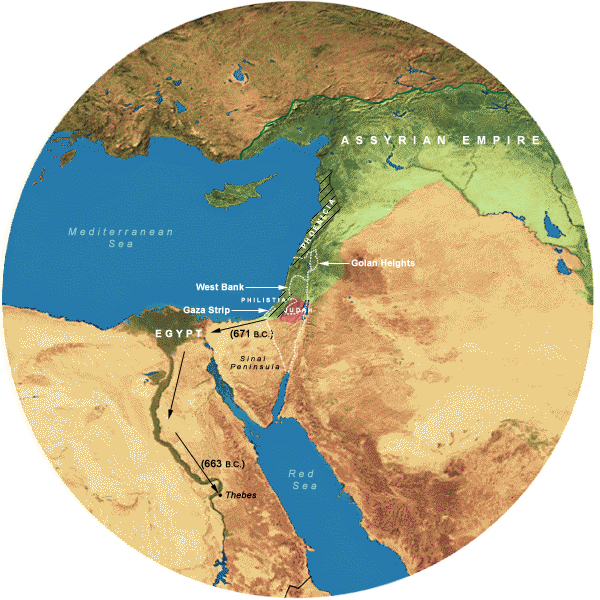