One gains the distinct impression that by the end of MBIIA [Middle Bronze 2A c.1750 B.C.] Palestine and southern Syria had been irrevocably drawn into the ambit of the warring Amorite states of the north and east, and hence obliged to adopt a more hostile stance toward Egypt.”

“Around 1650 an Asiatic military leader and his group seized power at Avaris [Egypt]… This is the beginning of the Hyksos rule first over the [Egyptian] Delta and then extending south, making also Thebes a vassal to the ruler at Avaris [see 700 mile radius].”

“Whether anything more than a sphere of interest should be postulated beyond the Sinai for the Hyksos dynasty is difficult to say at present…The Hazor regime [Amorites] would have maintained its powerful position through most, if not all, the Hyksos period…We can only assume Hazor’s continued hegemony would have blocked Hyksos attempts to expand their control northward [into Palestine].”

“Unfortunately no cache of texts has been unearthed to date that could shed light on the Political history and demographic shifts of the second half of the sixteenth century, and one has the sinking feeling in approaching this period that a most significant page is missing in the record… The gap in our written sources is doubly maddening in view of the upheaval attested in the archaeological record. Nearly every major town in Palestine and southern Syria is found, upon excavation, to have undergone a violent destruction sometime after the close of Middle Bronze IIC [1600 – 1550 BCE] — that is, the cultural phase roughly contemporary with the last stage in the Hyksos occupation of Egypt.”

“The expulsion of the Hyksos from Egypt marks the end of the Middle Bronze Age. With the emergence of the Mitanni kingdom as well as the growing power of the Egyptian Eighteenth Dynasty, a new era began in the history of Syria-Palestine.” 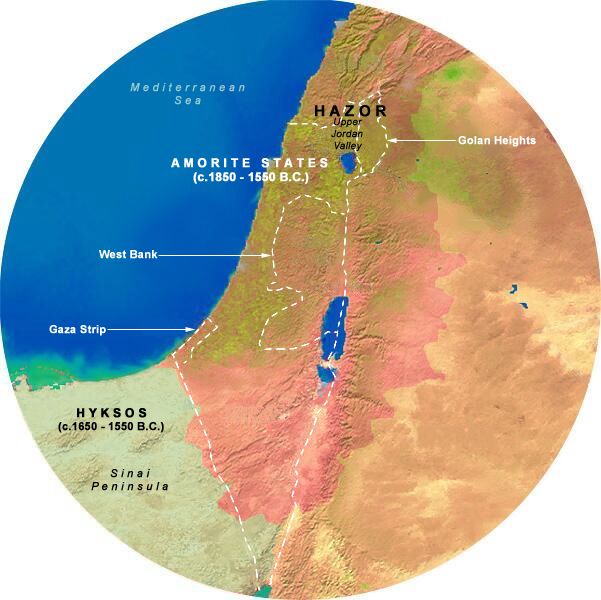 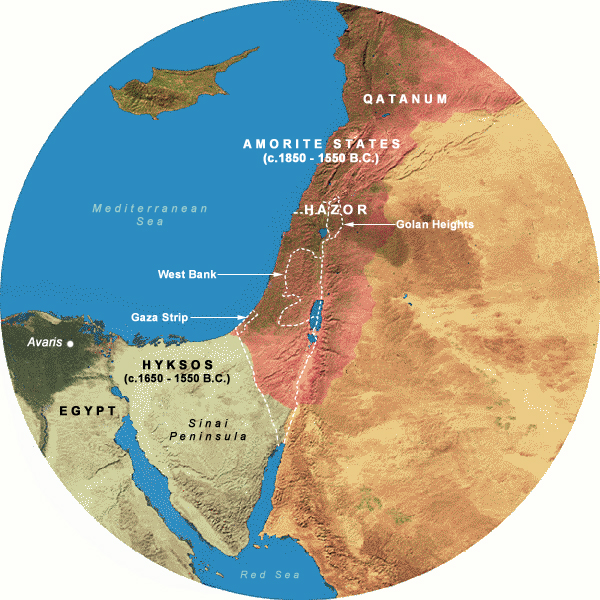 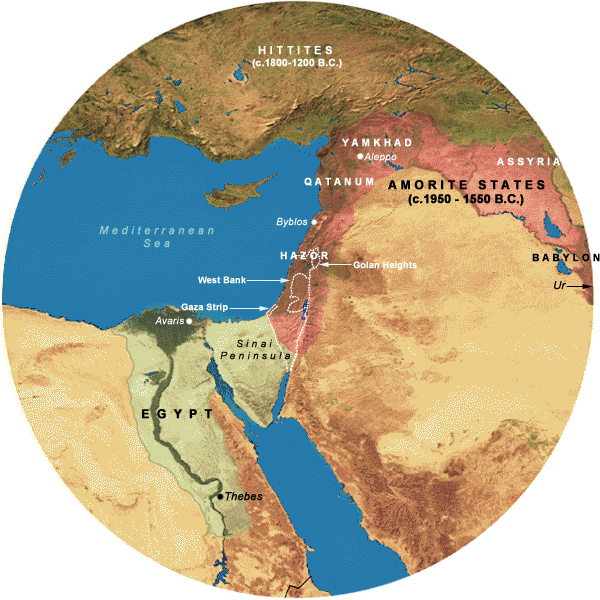